Muhammad Tahir Lakhani, CEO and founder of Dubai Trading Agency (DTA) UAE, has established himself as a recognized Shipping Recycling Industry mogul around the world. He holds British citizenship since 2009 and served as the Vice-Chairman of the UAE Shipping Association until 2019.

His agency won the ‘Ship Agency of the Year’ Award at The Maritime Standard Awards 2018 and made its own special space in the global shipping industry. According to Mr. Tahir Lakhani really feels joyous and overwhelmed on his achievements. He found it quite significant for their efforts in establishing a big presence in the Global shipping recycling industry. 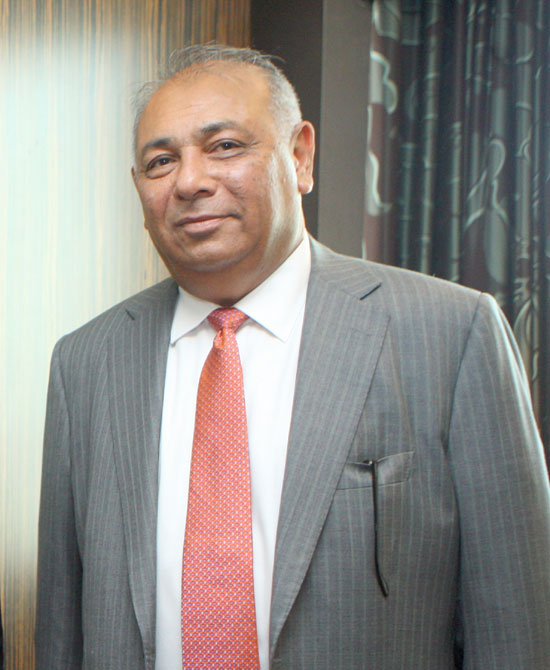 Dubai Trading Agency Group (“the Group”) has its origins in Dubai Trading Agency LLC, which was established in 1973. Over the years, the business of Dubai Trading Agency LLC has expanded globally and grown to include several subsidiaries and associate businesses having offices in New York, UK, Singapore, Pakistan and India. Primarily the focus of the group has been on the recycling market; buying vessels targeted for recycling from ship owners world-wide and selling them to the ship recyclers in the Subcontinent, Turkey and China. In order to more effectively manage this network of related businesses, senior management has created the Dubai Trading Agency Group as the quasi-holding company for all of the various interests. The group is active in the areas of ship recycling, shipping services, port agency services and is one of the largest cash buyers in the market, having purchased over 1800 vessels to date. 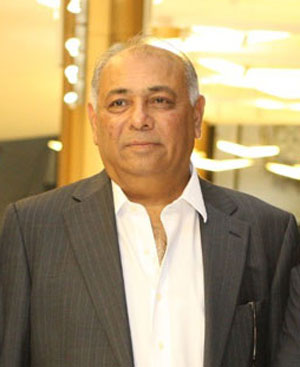 Tahir Lakhani was born on 27th April 1962 into a highly respected family in Karachi Pakistan. Right from his childhood, he held a special corner for sports (specifically Tennis).

During his teenage years, he led his school’s sports team as a professional player in Tennis and further went on to represent Pakistan at Davis Cup. Well, he didn’t stop here and also achieved the honors of playing in Junior Wimbledon while making his school, family, and country proud.

After grabbing all the big success in the sports world, Mr. Tahir then decided to explore his future aspirations in the corporate industry. Doing that, he stepped into the Shipping industry with the ambition of becoming a well-recognized Global Entrepreneur.

Marking his presence in the Shipping Industry

During the start of his career, Tahir Lakhani worked at a ship recycling yard of a close family friend in Pakistan. For the first 3 years, he worked dedicatedly in his 8-8 shift at the yard daily. He was assigned the tasks of managing and supervising the movement of steel plates. These steel plates were sourced from the decommissioned vessels and then get sold to the on-site traders.

After spending some good years in the shipping industry and further aiming to extend his ship recycle business, Muhammad Tahir Lakhani migrated to Dubai UAE and launched his own firm named Dubai Trading Agency in 1985. DTA’s came into existence with an objective to buy old ships and then selling them to the local ship recycling yards for decommissioning.

Right within a short span of time, Mr. Tahir became the first-ever ‘cash buyer’ of vessels to establish full-fledged operations in the country. Moreover, he then partnered with international maritime publication Tradewinds to organize the first Green Recycling Conference in Dubai.

In 1996, Mr. Tahir inked one of the biggest ship decommissioning deals ever, which include the purchase of three ex-Adriatic Tankers VLCC’s in international waters off the UAE and then sending them for decommissioning at ports of Pakistan.

By 1997, DTA proved its prowess in the ship recycling industry by becoming one of the biggest “Cash Buyers” of ships in the world, with the selling and purchasing of more than 100 ships per year.

That was the time when Muhammad Tahir Lakhani decided to promote the shipping industry to a bigger International platform and keeping this in mind, he then migrated to the UK with his family. From there on, he drafted and implemented major plans while building some new and bigger connections in the ship recycling industry.

Providing big Reorganization to the shipping industry in the UK

Mr. Tahir became acquired British citizenship in the year 2009 and helped in taking the UK shipping industry to an international platform. Even after achieving so much, he still continued to visit Dubai regularly, and to develop the business in terms of both volume and scale, he finally moved back to the country in 2014.

Mr. Lakhani kept on going with his valiant efforts to promote the UAE as a key regional and international hub for maritime trade and logistics. Currently, DTA has established itself as a renowned name in the ship recycling business, while serving at a bigger level worldwide.

His agency won the ‘Ship Agency of the Year’ Award at The Maritime Standard Awards 2018 and made its own special space in the global shipping industry. According to Mr. Lakhani really feels joyous and overwhelmed on his achievements. He found it quite significant for their efforts in establishing a big presence in the Global shipping recycling industry.